An HVAC system that incorporates variable frequency drive (VFD) with scheduling control can deliver significant energy savings, especially when deployed at scale along with a building intelligence solution offering predictive and proactive controls for incremental adjustments for variable loads.

In many states and cities, VFDs are required by building code on rooftop units (RTU) and air handling units (AHU) of nine tons or greater. HVAC systems are designed to cater to the peak design load of a building. However, most of the days the building experiences partial loads, either because of milder weather or lower than maximum occupancy load. VFDs offer higher efficiency during partial HVAC load scenarios. VFDs also help reduce inrush current at startup, plus lowered mechanical stress.

In AHU's with variable loading capacities, the 75F CCU will continuously adjust both the chilled water supply as well as fan speed to accommodate the building load. Such equipment can take advantage of the small granular control in capacity between 0-100% that the 75F system can offer.

However, 75F is often deployed with simpler HVAC equipment with only 1 or 2-stages of cooling or heating. In such a case, we follow an approach that modulates the fan speed based on 3 primary positions for 2-stage RTUs.

While varying fan speed based on calls for heating and cooling is a major help to the energy savings of buildings, it is only half the story and less than half of the savings potential that a smarter, proactive HVAC system can achieve.

VFD and Outside Air Optimization (OAO)

75F Outside Air Optimization involves proactive control of upgraded economizers on RTUs. It combines demand control ventilation (DCV) with comparative enthalpy economizing. Internet of Things (IoT), a.k.a. wireless and multifunctional, sensors can be deployed at the outside air intake of the RTU and in each interior zone to measure current outdoor and indoor air quality (IAQ).

Combined with the local weather forecast, a smart HVAC system equipped with OAO can optimize the intake of outside air depending on air quality and indoor space cooling needs. Mechanical cooling is called for less frequently, air quality remains optimal, duct pressure is better balanced throughout the building and much greater energy savings result.

One of our customers, Rockler Retail (download case study), experienced a 200% increase in free cooling hours on an annual basis when 75F's OAO was installed at the company's headquarters. Free cooling hours jumped from 450 hours before to over 1200 hours annually with 75F's OAO.

75F solutions focus on improving IAQ (Indoor Air Qualilty) and thermal comfort to assure optimal workplace experiences for customers. Improved IAQ means is proven to boost productivity and health, which translates to more savings and more revenue for any business.

Got a Vacancy? A Smart Building Retrofit Could Attract Tenants & Raise Value

For Energy Efficiency, Better to Retrofit than Build New 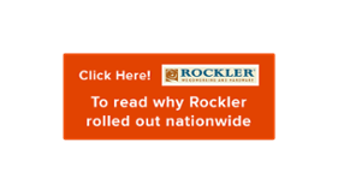