It was a very cold February day and the night before, the south metro got some icy rain, which meant the snow tubing lanes were going to move fast. According to the employees of Buck Hill, the lanes were the fastest they had been all season.

The first Minnesota Shopping Center Association (MSCA) annual tubing and networking extravaganza event sponsored by Bauer Design Build was held at Buck Hill in Burnsville. Team 75F (very creative name indeed) didn’t know what we were getting into, but we were ready to snow tube! For many of us, it was our first time tubing since our teenage years. Our very own Matt and Melissa made it to the finals, but they were no match for their opponents. Eventually, we took our team back to the bar where we enjoyed music, food and a few drinks while networking with people in the retail building industry.

A special thanks to the Minnesota Shopping Center Association for organizing this fun retail event!

Taking a photo with the trophy was probably bad luck.

Adam is not phased by the cold and Alex is ready to take the hill!

Here's a video recap of the day! 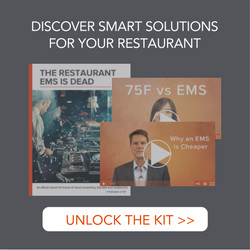